Psychology of Memory | Is it dark enough? 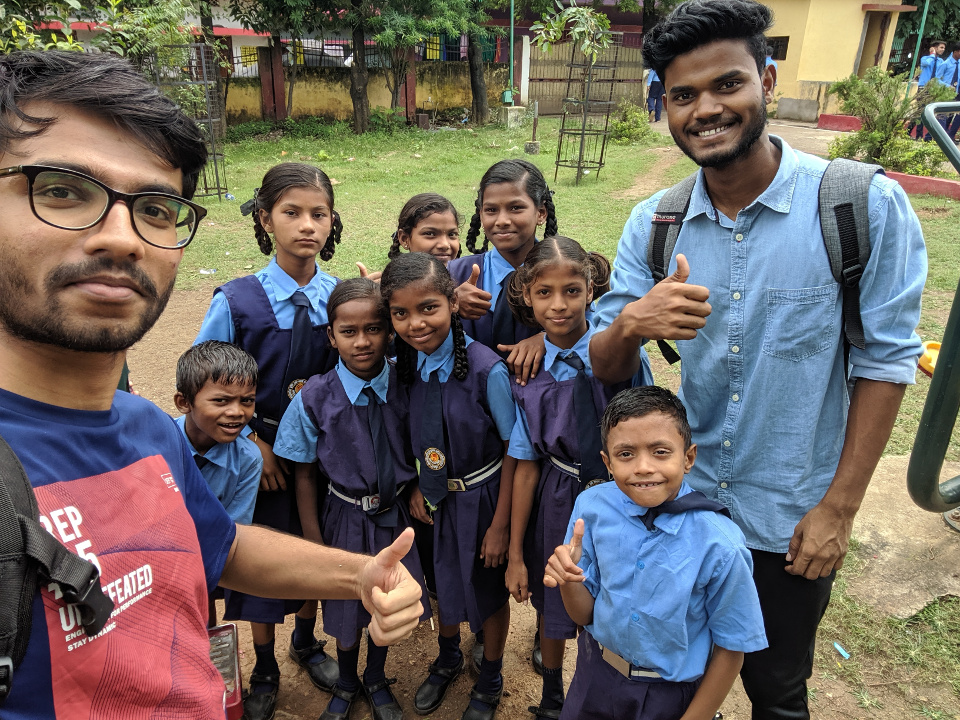 At times we are so occupied in our lives that we forget to be grateful about the small thing that we have/can do, they start to matter less. The simple joy of being able to see the beautiful world around us or to just listen to the rain falling in the Monsoon season (This year the rain’s been very unpredictable in Raipur) or the sweet smell of the wet dirt drifting through the winds (The petrichor: मिट्टी की सौंधी सौंधी खुशबू ). We at times are blind to these and are worried about what we don’t have and run behind things that we don’t need but want.

In this world that we live in, we forget that there are some brave souls that live in the same world but where everything is dark or everything is quiet. We - Pradeep Kumar and I decided to visit “Government Higher Secondary School for Blind and Deafmute, Raipur” as part of a Psychology Project which turned out to be an enlightening experience for both of us.

It was not that hard to find the place, a bit of a search on Google Maps and a bit of asking around, we were there: a place that looked just like a normal school. I in fact after entering the gate rechecked the banner to ensure we were at the right place. When we entered the place, there were 2 buildings: on our left was what we came to know about later - the hostel and on the right was the school. Cluelessly we marched towards the right building following a blind student who probably didn’t know that he was showing us the way.

When we were just in front of the gate of the school of blind and deaf-mute, I was transported back to my own earlier days of studying in a government school. The sounds were the same as the government school I used to study in. But the rest was different at the same time fascinating. I asked Pradeep to call the point of contact given to us by our professor who was going to help us carry out our studies. He asked us to wait for some time in the main hall.

The main hall was large, standing and waiting, we were looking around restlessly to absorb everything we saw. There was an idol of goddess Saraswati and a set of table-chairs placed in a circular manner at the extreme right corner of the main hall. At the head of this circular arrangement the teacher was sitting. The students she was teaching were blind, the most astonishing fact was that the teacher herself was blind.

The main hall had 2 wing entrances attached to it, the left was for deaf-mute students and the right one was for the blind. We had been waiting for some time and decided to sit on a nearby waiting chair. 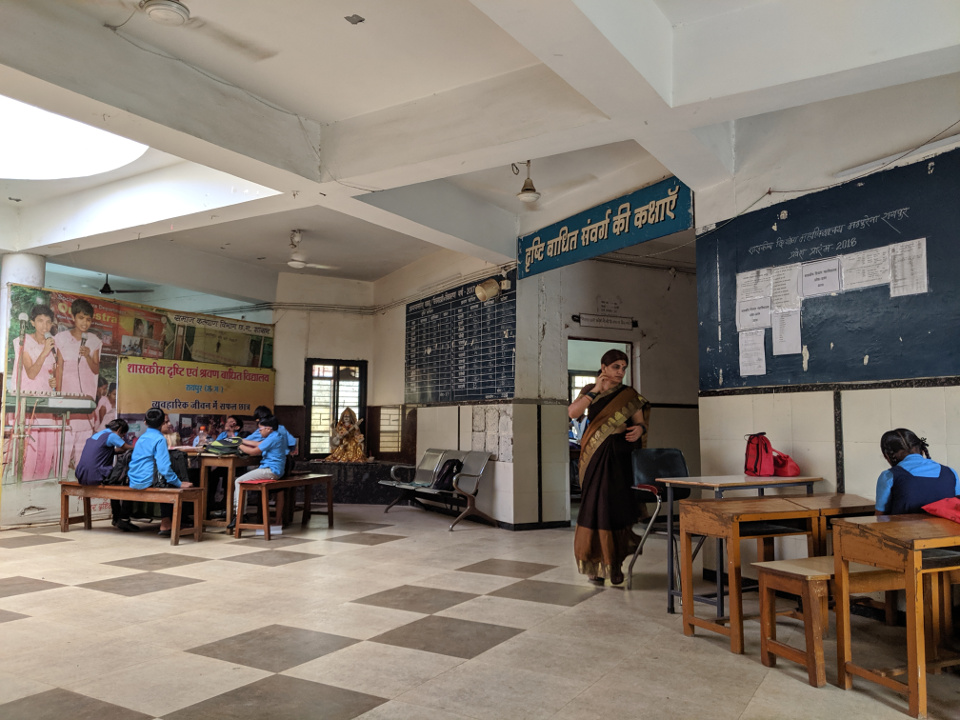 While waiting there, a middle aged man appeared to come from the same path we had come and entered the main hall. His eyes were all closed and it felt as if he was squeezing them to shut them close,he was walking with such an authority that I was awe-struck that even though being visually challenged he was walking as if he could see, but there was something very peculiar about an object in his hand, it was a set of keys. He was constantly moving them to make some sound. I had only seen this on television but I am pretty sure that he was using the echoes to determine the direction to move in and prevent obstacles.

Already intrigued by what I was seeing, be it the library for the blind or the students even though being blind talking to each other and playing like any other normal kid. It was already time for us to proceed with our study.

Our point of contact, Mr Tomeshwar Sinha, who was a very friendly person, made sure everything was arranged in the best way possible in such a setting. He asked some of the blind students to assemble in another room in the deaf-mute wing. Now you may wonder how will the blind move in a group to a completely different wing?: (I also noticed that none of the students were carrying a guiding stick.) It was a train of blind students headed by a blind student that did the trick.

We were all set in a few minutes, every one was there in the class we had been assigned in the deaf-mute wing which was remarkably silent. The students were chit chatting continuously but in sign language. The wing was very quiet compared to the blind wing we were coming from. We were given one room to keep the students and another room to conduct the experiment: where we took each student one by one separately.

When Pradeep and I entered the first room(holding room), somehow they were aware of our presence,and every one stood up and wished us Good Morning!. This feeling of what these students were capable of doing was amazing to me but there was a lot more I was going to discover in the next 5 hours I was going to spend with them.

It was time for starting the experiment, I addressed everyone regarding who we were and what we were there for. The details of the experiment were concealed and were to be told individually to each student at a later stage. I took the first volunteer and started off towards the experiment room. Our professor gave us prior instruction about working with blind people and I was very careful to follow them. They were:

The experiment room was a very small room and had some students in them, but there was a pin drop silence in the class. The children were chit chatting at times but with sign language. Again they rose up to greet me as I took my place in their teacher’s chair. The girl sitting in front of me was dedicatedly writing something and the rest were either staring at me or drawing on their sheets.

I won’t include all the proceedings of the experiments but will brief you about what we were trying to achieve.

The objective of the experiment was to understand the effect of words that produce concrete imagery vs words that are abstract in nature on the recall ability of visually impaired individuals.

Examples of the words is as follows:

But then the students were more accustomed to Hindi so we had prepared another set of words expecting to face such a situation:

The results for a normal human as per a previous experiment by Paivio’1965 are as follows that shows that the human retention capacity tends to show this order.

The experiment was to understand exactly what order might it be for the visually impaired individuals who could not create an imagery of concrete objects that we are accustomed to create.

The students were reluctant to sit on the seat beside me saying that it was their teacher’s position and they ought not sit there, but I persuaded them to sit. And the experiment/study started:

Everyone I interviewed for the experiment was very different: 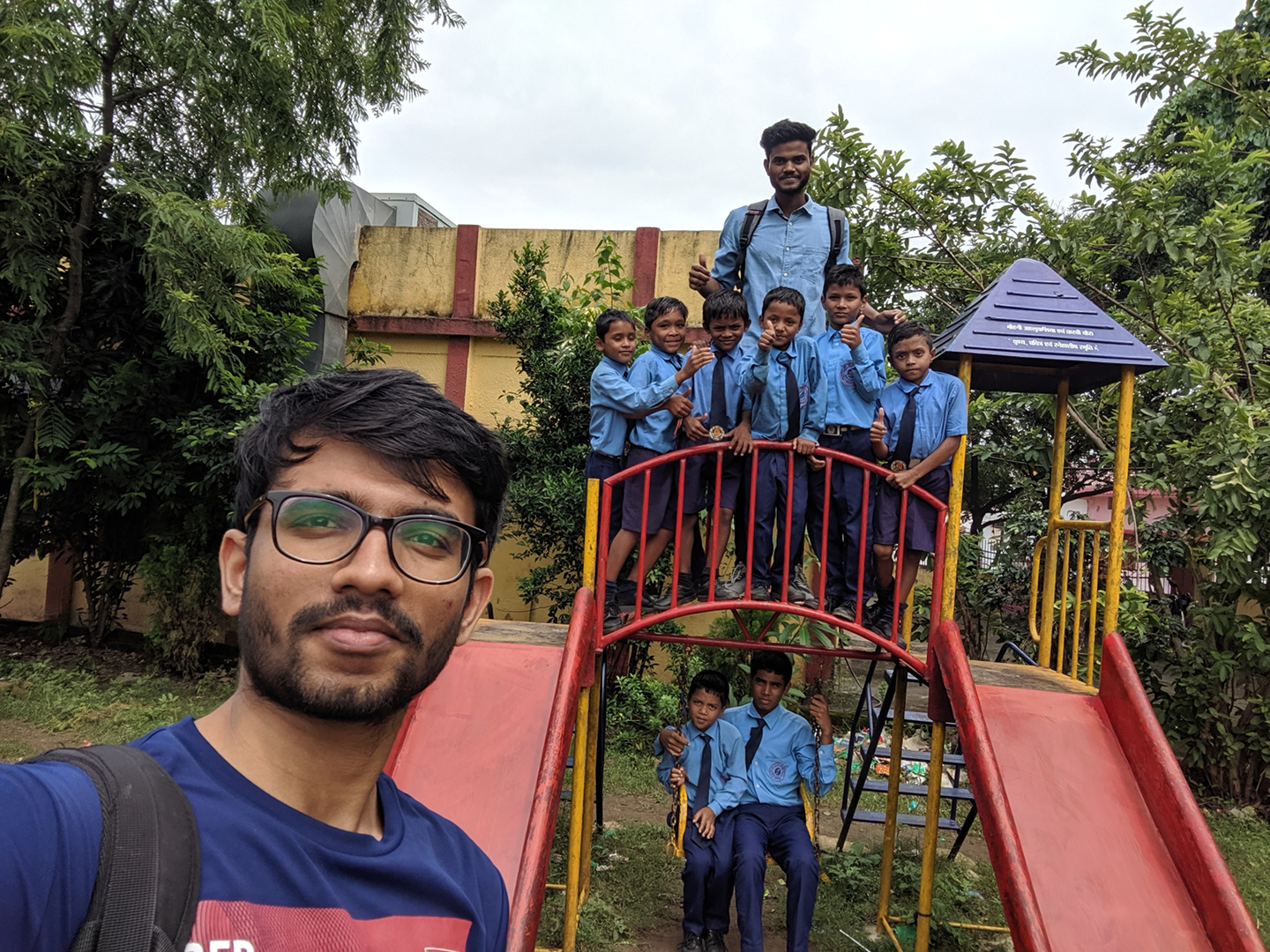 During lunch time, I had the opportunity to meet the teachers who taught there. While talking to them I learnt something very new and contradictory to my belief. I had thought that it was more difficult to teach a visually impaired person than it was to teach a deaf-mute one. But the teacher explained to me that the situation was majorly the opposite. 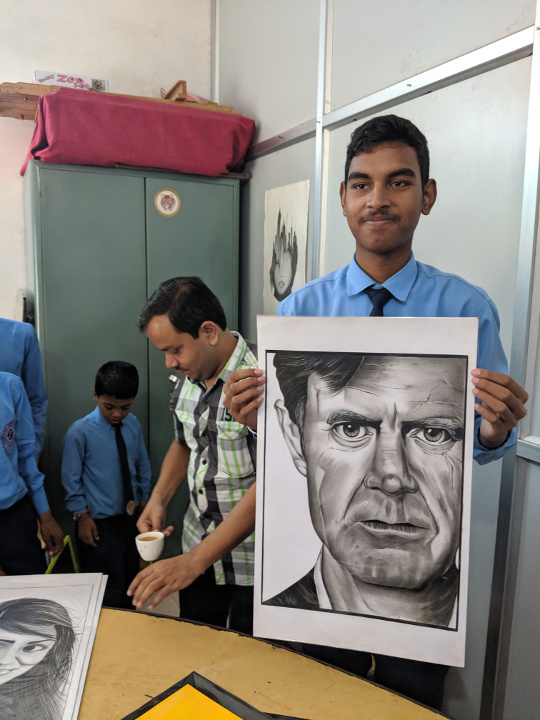 One of the students in fact saved my number on his mobile phone all on his own, the advancement in technology which now provides accessibility features in the phone allows these students to be connected to the world. And

their zeal to be the best was so strong that I had to question: is it ever dark enough to give up?

I do sometimes chat with this newly made friend of mine on whatsApp knowing that a computer generated voice of what I am writing is what he will be hearing, sticking his phone to his ears and a finger on his phone’s screen ready to reply.

Once the experiment was over, we bid adieu to ever friendly Mr. Sinha and the school that i will always remember. In a hurry and with a hungry stomach we left the place with a sense of happiness and with a small understanding of living in the world without light and sound.

For the results of the experiment: our psychology professor said that the findings are interesting as we could see some patterns in the obtained results. We will study them and hopefully get a better understanding of the psychology of the blind.

The last few days have been really hectic, I was meaning to write this post like a week ago, but there were exams, presentations and form submission, thus I couldn’t get the time to finish it. The post got a bit bigger than what I had expected but hopefully conveys my feelings well. We did take permission from the authorities about taking images. 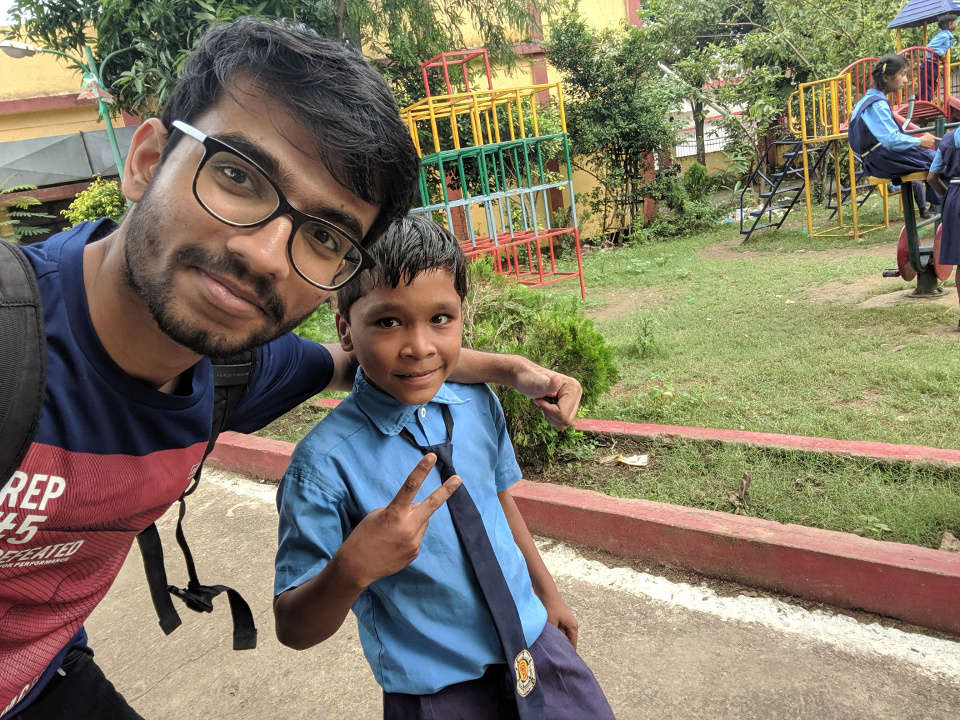 Thank you so much for reading.

The comment section will be made live soon, till then you can send me your feedback on: panchbhai1969[at]gmail[dot]com.